From Pledges to Policies: Crux and COP26

In the weeks since COP26 concluded, the conference and the Glasgow Climate Pact that came out of it, have garnered mixed reactions. At its best, the climate pact, negotiated by almost 200 nations, sets out a vision for a world that radically cuts back coal usage, eliminates fossil-fuel subsidies, and commits national governments to the most ambitious targets of the Paris Agreement. It sends a message that the march to net zero is inevitable and accelerating.

To realize this vision, the plethora of pledges and commitments must be transformed into robust policies in high-emitting countries. This is at the core of Crux’s mission. The primary goal of the Crux Policy Centers (CPCs) is to support the adoption and implementation of decarbonization policies through best practice sharing, research, and technical assistance that is customized to local circumstances and needs. Successful implementation will lead to stronger and more substantive national targets in the coming years, which will be important as countries now have to update their NDCs on a more frequent basis.

Coming out of COP26, each CPC analyzed the commitments of their sector’s top-20 emitting countries and articulated emerging opportunities for additional impact.

Transportation
For the first time in COP history, decarbonization of the transportation sector was a major focus area. More than 100 national governments, cities, states, and businesses committed to end the sales of internal combustion engines in leading markets by 2035, and worldwide by 2040. Thirteen countries also signed a memorandum of understanding to end the sale of fossil-fuel powered trucks and buses by 2040. Lastly, thanks to the tireless work of ITDP and other organizations, language highlighting the importance of wider transportation system transformation, including public transportation, walking, and cycling, was included in the climate pact despite being mostly absent from the official COP agenda and draft declaration.

These ambitious commitments can only be met by establishing near-term targets and providing implementation assistance. ITDP will play a critical role as policy implementation leads to the transfer of responsibilities to local levels. Coming out of COP, ITDP sees the biggest opportunities to accelerate the adoption of transportation system transformation in Brazil, China, Indonesia, Mexico, and India. With active programs in the region, ITDP is also well positioned to leverage the next COP, which will be hosted by Egypt and where attention is expected to turn to the Middle East and North Africa region and low- and middle-income countries. For the ICCT, there are new opportunities to work with Chile and Costa Rica, who joined the ZEV Alliance in Glasgow. The ICCT serves as the Secretariat for the ZEV Alliance and will be responsible for realizing the COP26 commitment to expand the Alliance’s focus into the heavy-duty, marine, and aviation sectors. There is also an opportunity to deepen work with the UK, Canada, and other top-emitting countries to achieve the COP26 declaration of zero-emission vehicles by 2035/40. Lastly, ICCT hopes to inform transportation specific actions in the US-China Joint Declaration.

Power
COP26 produced several encouraging power sector pledges including: a global phasedown of coal, India’s commitment to triple its renewables to 500GW by 2030, and Indonesia’s coal retirement target by the 2040s. The $8.5 billion commitment by US, UK, EU, France, and Germany to accelerate a just transition away from coal in South Africa is already being cited as a key model for other emerging economies to follow.

Agora’s focus will be to rapidly translate these commitments into action by increasing the adoption of renewables and facilitating the early retirement of coal plants. Agora will tailor its technical assistance to the top 20 emitting country governments to manage the costs of decarbonization by delivering energy at acceptable prices, a just transition for workers, and continued economic opportunity and job creation. Coming out of COP, Agora sees increased opportunities for engagement in India, Indonesia, South Africa and other emerging economies.

Buildings
There is a growing realization that if countries want to achieve their 2030 climate targets, they must decarbonize their buildings sector. This realization was evidenced in Glasgow where 63 percent of NDCs now include buildings sector actions such as building energy efficiency and building energy codes. This included updated building sector targets in the top 20 emitting countries such as Cambodia, Vietnam, United States, and the Russian Federation.

However, neither the current ambition of building sector goals nor their implementation plans are sufficient to achieve the Paris climate targets. GBPN will aim to bridge this gap by continuing to develop and socialize an evidence base of health, economic, and other non-climate benefits of sustainable buildings, an important driver to get governments and industry to act. GBPN will also continue to support local building policy implementation, empowering countries to set strong national policies and increase the ambition of building sector targets in future NDCs. Coming out of COP, GBPN sees opportunities for deepening its current work in India and Indonesia and expanding its coverage to other high-emitting regions such as China, Cambodia, Vietnam, and Thailand. Transnational venues such as ASEAN also present an opportunity for additional impact in Southeast Asia.

Appliances
COP26 saw the largest appliance efficiency commitment to date as 14 countries committed to doubling, by 2030, the efficiency of their lighting, cooling, motor, and refrigeration equipment, which contribute up to 40 percent of global electricity consumption.

CLASP played a central role in facilitating this commitment through the SEAD initiative and, coming out of COP, they will be a critical player in supporting countries to meet their targets. CLASP is already working in 3 of the signatory countries (Brazil, India, and Indonesia) and sees additional opportunities to expand to Korea, Japan, Chile, the United Kingdom, the European Union, and Australia, all among the top 20 emitters in the appliance sector. CLASP will focus on providing implementation and coordination support, which includes launching Action Plans for aggressive policies adoption. CLASP also intends to leverage the climate pact agreement to get at least 15 of the top 20 to adopt ambitious appliance efficiency by the end of 2022.

Industry
With energy and transportation taking center stage, industrial decarbonization wasn’t scheduled to be on the COP26 agenda. However, due to the good work of civil society, the steel industry, and national governments, encouraging progress was made on the steel sector. The US-EU Steel Deal, the Industrial Deep Decarbonization Initiative, the First Movers Coalition, and other efforts brought together high-emitting countries and leading companies to signal their support for steel decarbonization through carbon sectoral agreements, public procurement, and financial support.

Coming out of COP, Agora’s focus will be two-fold. First, they will aim to ensure that COP26 is the starting point for international attention on steel sector decarbonization. Agora sees opportunities to work with the governments of UK, US, India, Germany, and Canada as well as international bodies such as UNIDO and the World Economic Forum to translate high-level steel sector commitments into robust action plans. Second, they will aim to ensure that all future COPs (and other international venues such as G7, G20, and OECD meetings) include industrial decarbonization as a central focus and expand coverage to include the cement and chemicals sectors. Lastly, global industrial decarbonization is impossible without addressing China, the largest producer and consumer of steel, cement, and chemicals. There is a strong imperative to expand Agora’s industry program in China over the coming year.

Cross-sectoral
Methane
Led by the US and the EU, over 100 countries signed the Global Methane Pledge, which seeks to curb methane emissions by 30 percent by 2030. The ongoing Crux CPC collaboration on heat pumps, which includes RAP, Agora, GBPN, and CLASP, focuses on eliminating natural gas use in buildings, a primary source of methane emissions. The pledge also increases attention on coal mining, a huge source of methane emissions that is barely tracked today and is a focus of Agora’s power sector program. Coming out of COP, there is an opportunity to expand and tailor these efforts to leverage the increased attention on methane.

Industry and Transportation collaboration opportunity
The declaration of 100 percent zero emission cars and vans, as mentioned in the transportation section, presents an opportunity to mandate the use of low-carbon materials (steel, aluminum, and plastics) in vehicle manufacturing. This area is ripe for collaboration between the transport and industry CPCs and could result in significant emission reductions. We will explore this opportunity in the coming months. 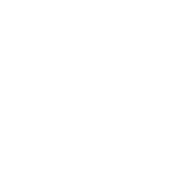 Stay up to date with all the latest Crux Alliance news.

The perfect fit: Shaping the Fit for 55 package to drive a climate-compatible heat pump market, by RAP, Agora Energiewende, CLASP and GBPN.

Read the Report
We use cookies to provide social media features, analyze our traffic, assist you with contacting us, and help improve your user experience on our website. By clicking “OK” you consent to the use of these types of cookies. However, some system cookies that are needed for this website to work properly have already been set. Learn more in our Privacy Policy.
Accept